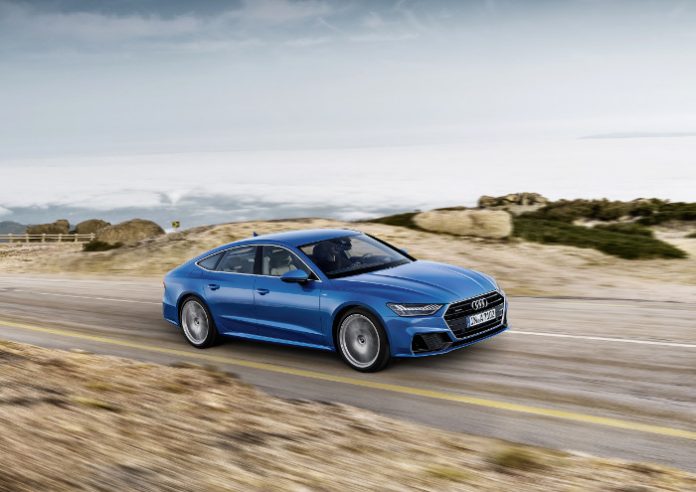 Audi’s new A7 Sportback sports improved looks, performance and is brimming with technology. It is said to combine the practicality of a station wagon with the svelte curves of a sedan. Featuring Audi’s new design language, the car has been fitted with the latest drivertrain and mild hybrid technologies.

At the front, the single-frame grille, narrower headlights and contoured air inlets provide the car, which is wider and lower than the A8, with a more elegant and more classy look. The design and arrangement of the 12 adjacent lighting segments that are separated by narrow spaces mimic that of the binary digits, 0 and 1.

The car’s long and sleek bonnet, short overhangs and muscular stance makes the A7 Sportback a very good looking car. As for its dimensions, the car is 4,969 millimeters long, has a wheelbase of 2,926 millimeters and is 1,908 millimeters wide, but is only 1,422 millimeters high. 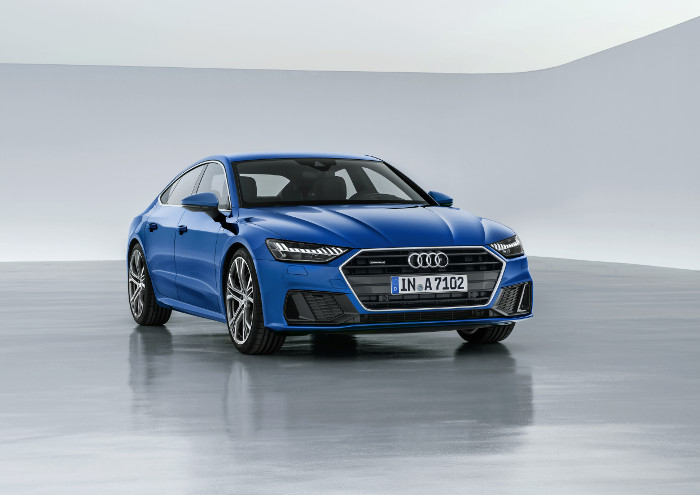 Audi’s tapered rear design is retained for the new car with its larger rear harch terminating with a curved lip and an integrated rear spoiler that rises at high speeds. The animated rear lights turn on when locking and unlocking the car – its a sight to behold as are the turn signals.

Inside, Audi’s meticulous attention to detail has allowed for a neat layout of the array of switchgear. The 10.1-inch upper display that is titled toward the driver features black panel optics and a graphite grey aluminium clasp. It is operated by the MMI touch interface system that replaces the older rotary push button setup.

At the bottom of that, there’s a second 8.6-inch display that is used to access the climate control system, comfort functions and text input. Available as optional extras are a head-up display system and a more sophisticated 12.3-inch display that offers virtual switch gear instead of physical ones. 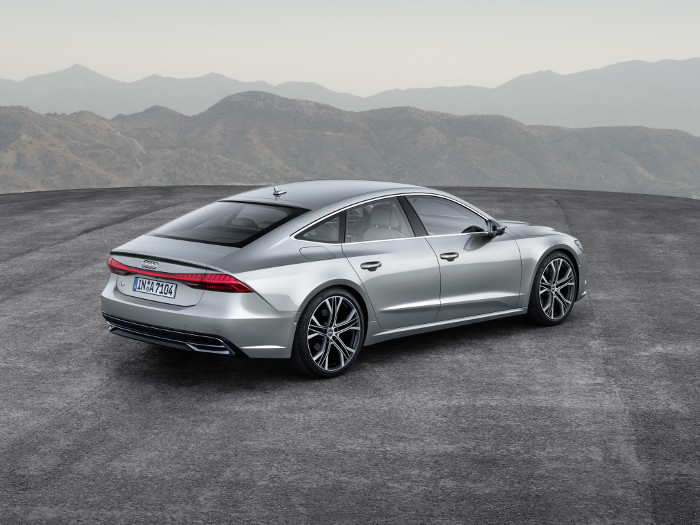 This MMI package will be made available with a choice of two sound system upgrades with the noteworthy onr being the Bang & Olufsen Advanced Sound System capable of delivering advanced 3D sound.

AI or artifical intelligence is at the heart of the A7 Sportback, and by pushing the AI button, drivers will be able to active the remote parking pilot and remote garage pilot systems. They allow the vehicle to maneuver in and out of parking spaces autonomously.The driver can even get out of the car and activate the system via the MyAudi app and allow the car to do the rest.

Monitoring the car’s autonomous activity is the central driver assistance controller (zFAS) that merges the data from a sophisticated set of sensors to continually compute an image of the surroundings. Depending the upgrades that are chosen, the A7 Sportback can come with as many as five radar sensors, five cameras, 12 ultrasonic sensors and a laser scanner. 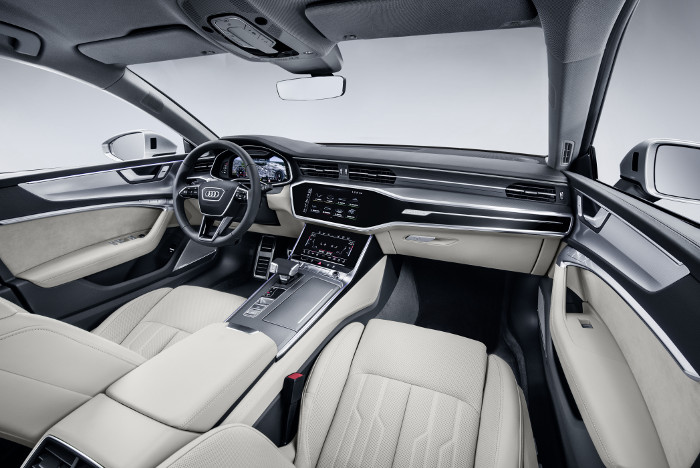 This generation of the car is equipped with a new mild hybrid system that consises of a V6 engine and a 48-volt primary electrical system. A belt alternator starter (BAS) recuperates energy under braking, which can be up to 12kW of power, and stores it within a lithium-ion battery.

The V6 engine is a 3.0-litre TFSI turbo engine that produces close to 340bhp and 500Nm of torque. Coupled with a 7-speed S tronic dual clutch gearbox, it allows the car to sprint from 0-100km/h in just 5.3 seconds. The quattro drivetrain which consists of a clever all-wheel drive and steering systems allow for better maneuverability and stability. 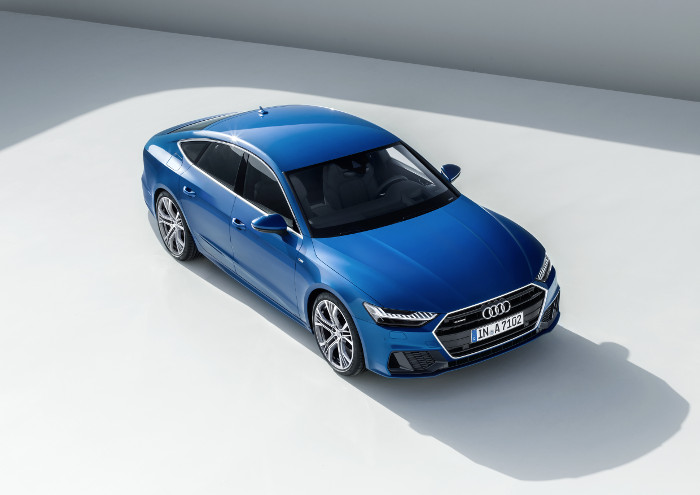 At cruising speeds, the A7 Sportback is able to coast in freewheeling mode with the engine shut off but then restarts it via the BAS, once more power is required. Adding to that, the new start-stop function uses a front mounted camera that can anticipate when the vehicle in front is about to move, and activates or shuts off the engine accordingly.

Audi says that the new A7 Sportback will be in showrooms in places like the UK as early as the beginning of next year. Built in Neckarsulm, Germany, the car should hit markets worldwide sometime next year, though the exact details haven’t been revealed yet.