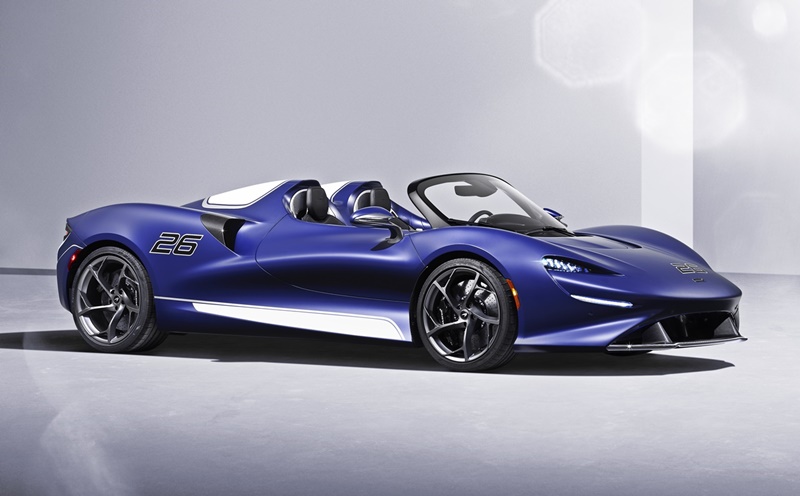 The McLaren Elva, one of the models in the Ultimate Series which consists of the F1, the P1, Senna, and the Speedtail, was originally designed without a windscreen, an open-top that would give an exhilarating experience like that of a motorcycle. Nevertheless, the engineers developed an Active Air Management System (AAMS) to provide a barrier of air so as to reduce the blast when travelling at high speeds.

However, not all customers may appreciate the absence of the glass shield in front and in some states in the USA, regulations require it to be fitted. So McLaren is now adding a windscreen to the Elva (which means ‘she goes’ in French), a move which obviously adds weight to the car. 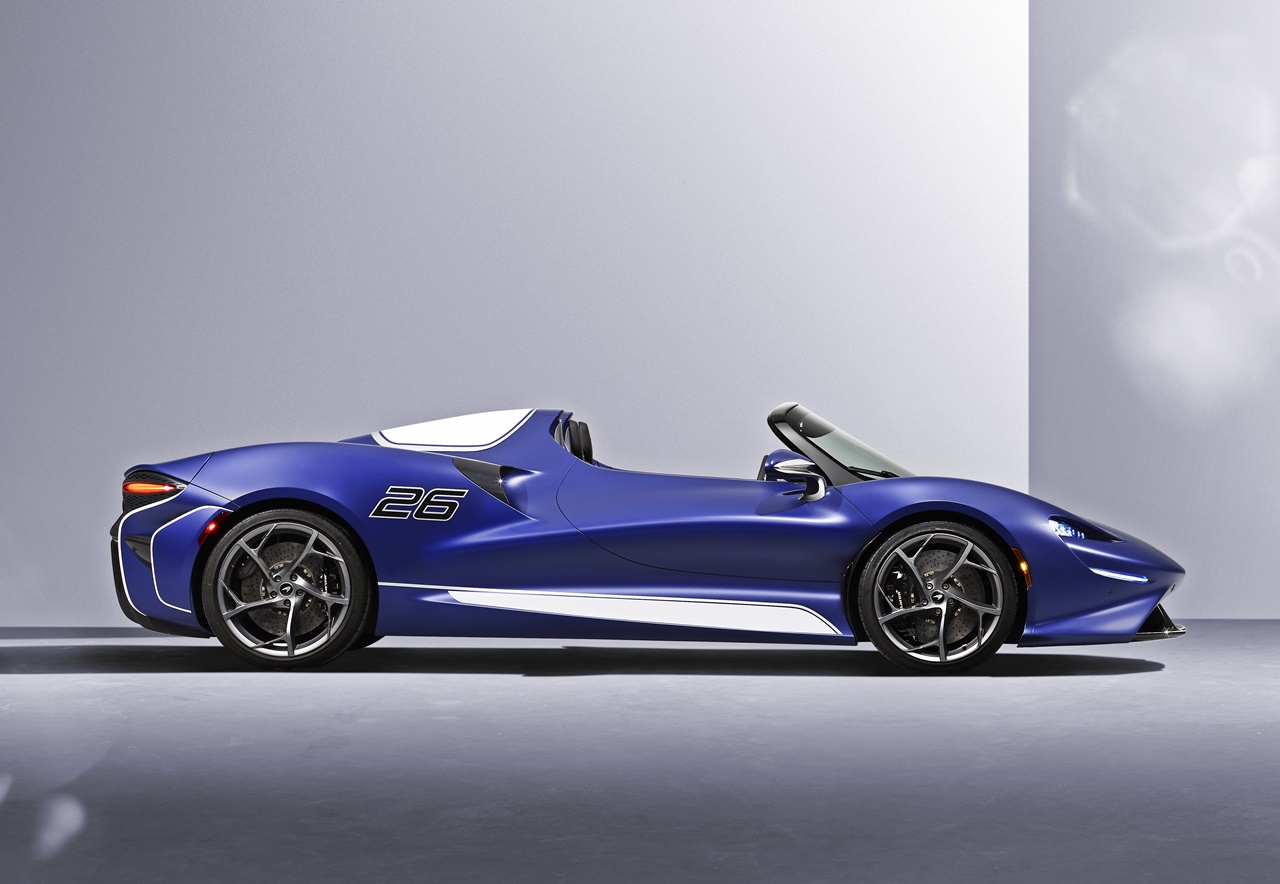 20 kgs of extra weight
The original Elva is McLaren Automotive’s lightest-ever roadcar and keeping weight down has been one of the strong points of the brand. Installing a windscreen with the heavy glass adds extra weight which includes electronically synchronized rain-sensing wipers, washer jets and sun visors. To save weight, the frame is made of carbonfibre and the AAMS is also left out, resulting in a weight increase of just 20 kgs.

A separate engineering programme optimized aerodynamic and dynamic performance to ensure this variant has the same driving dynamics and performance of the original car. The vehicle stiffness is also said to be maintained.

Performance comparable to Senna
The acceleration of both versions, which have 804 bhp, twin-turbocharged 4.0-litre V8 engines, is comparable with that of a McLaren Senna. The claim is 2.8 seconds from 0 to 100 km/h for the fully open Elva as performance figures for the one with the windscreen are not available at this time since the first production unit has not been completed.

The Elva links McLaren’s heritage to its present and future with a name and style that recalls the McLaren-Elva racing cars of the 1960s. These were amongst the first sportscars designed and raced by Bruce McLaren and the company that he founded; today’s Elva was created to evoke the spirit of driving enjoyment symbolized by these cars.

They are available with heritage liveries like that of the Satin Casa Blue windscreen model prototype pictured. Customisation is, of course, available although the model will be among one of the rarest of McLarens. The initial plan was to make 399 units, but this number was reduced to 249 units and this year, the company has said that only 149 units will be available, with first deliveries starting at the end of this year. 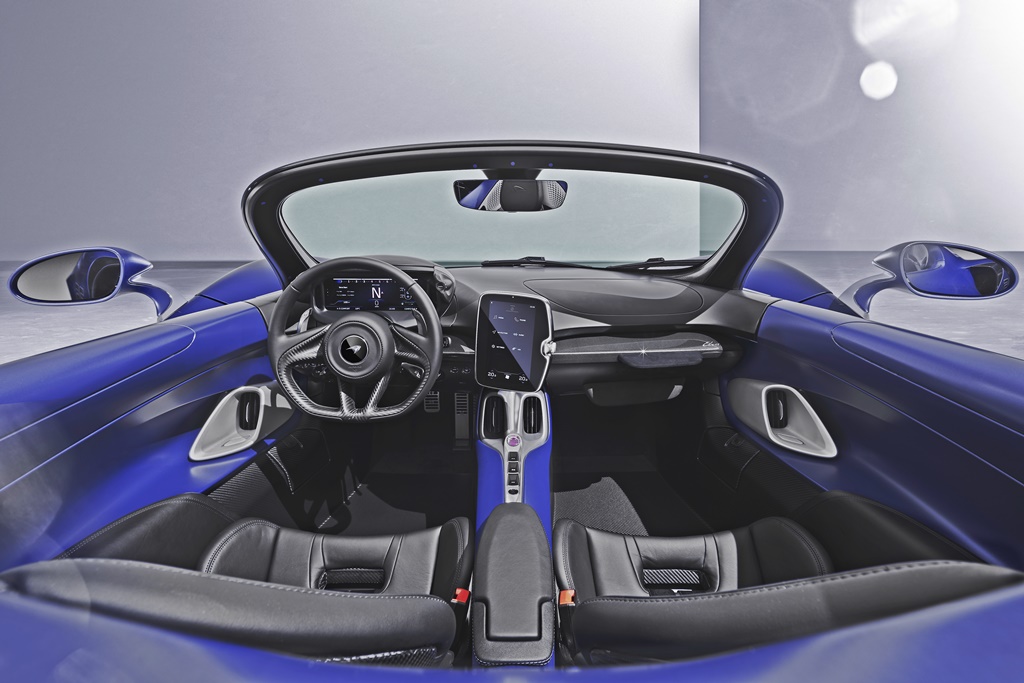 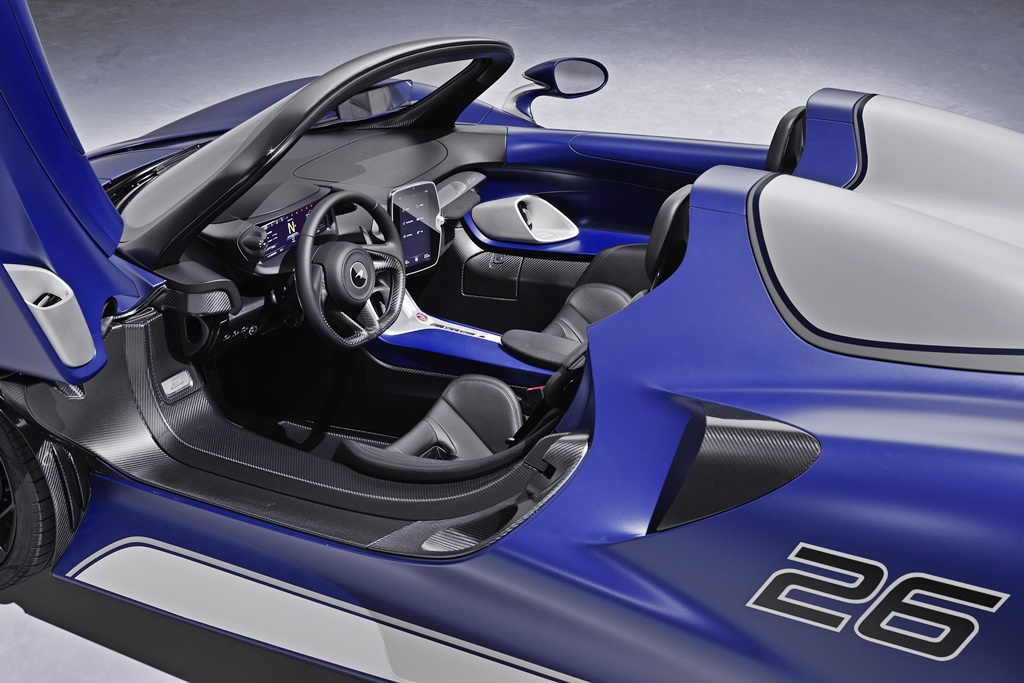 “Super-lightweight and extremely powerful, the Elva delivers the ultimate connection between a driver, the road and the elements.  Created to celebrate the pure joy of driving, it’s one of the most distinctive – and exclusive – cars we have made. Roofless and without windows, whether you opt for the screenless model with its sophisticated AAMS technology that provides an invisible barrier of air, or the windshield version with an additional level of enclosure, this is a roadster that rewards owners with the most exhilarating of open-air driving experiences, delivered as only a McLaren can,” said Mike Flewitt, CEO of McLaren Automotive. 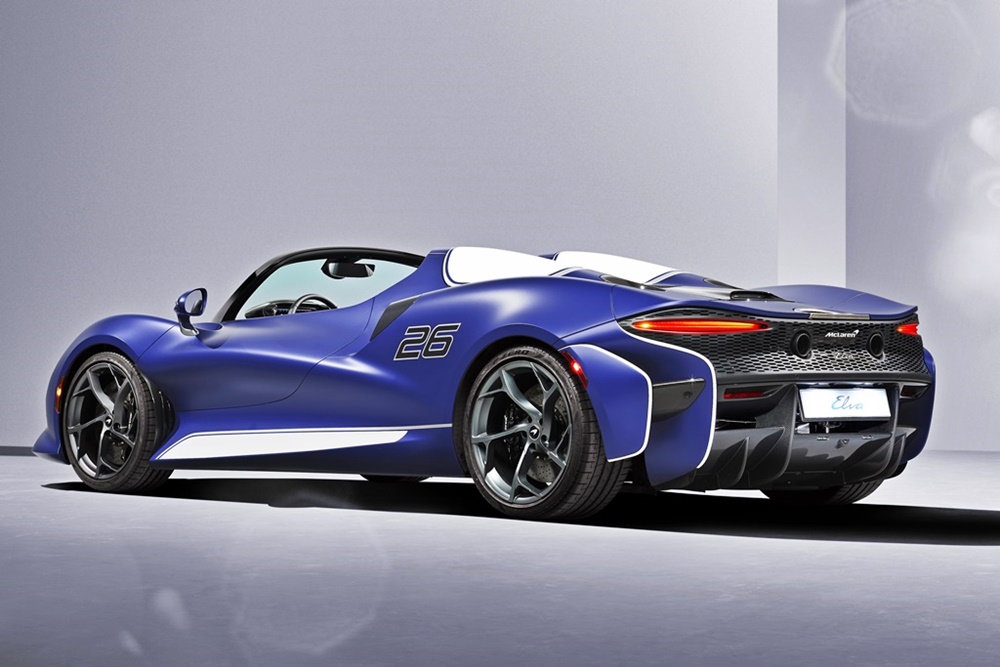 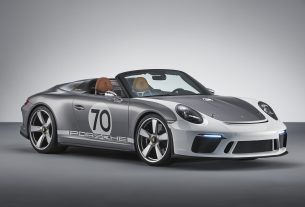 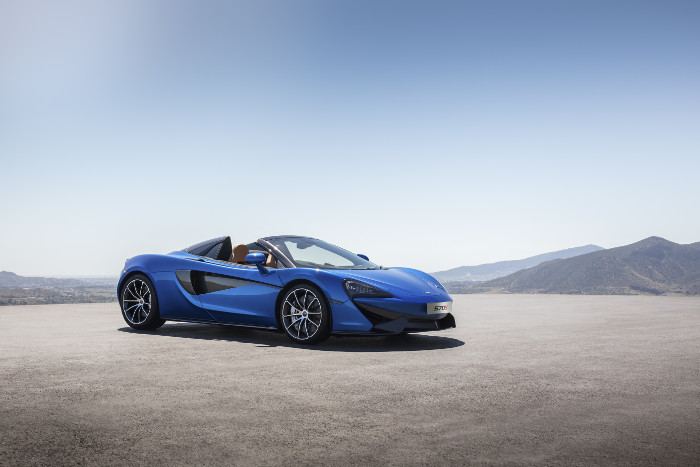 McLaren 570S Spider to be launched at Goodwood Festival of Speed 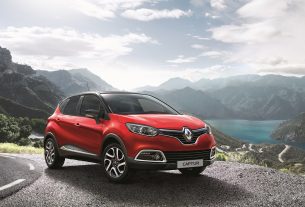