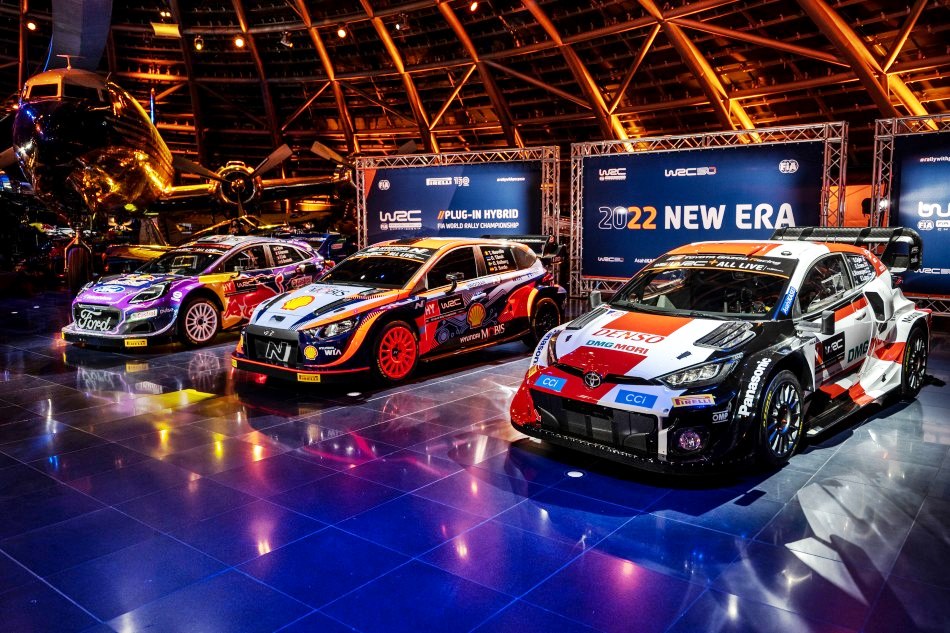 Just as the 2022 Formula 1 World Championship will see the biggest changes in technical rules in some four  decades, the 50th season of the World Rally Championship (WRC) will undergo major environmental changes as new FIA technical regulations drive the series towards a more sustainable future.

Under its PurposeDriven movement, the FIA is taking an innovation-led approach to deliver sustainable motorsport. One goal is to reach carbon neutrality by 2030. An even bigger revolution concerns the drivetrain, with hybrid technology mandatory for what are known as Rally1 cars. The plug-in hybrid unit, including all necessary components and software, will be common, with the potential for more freedom of development in 2024. 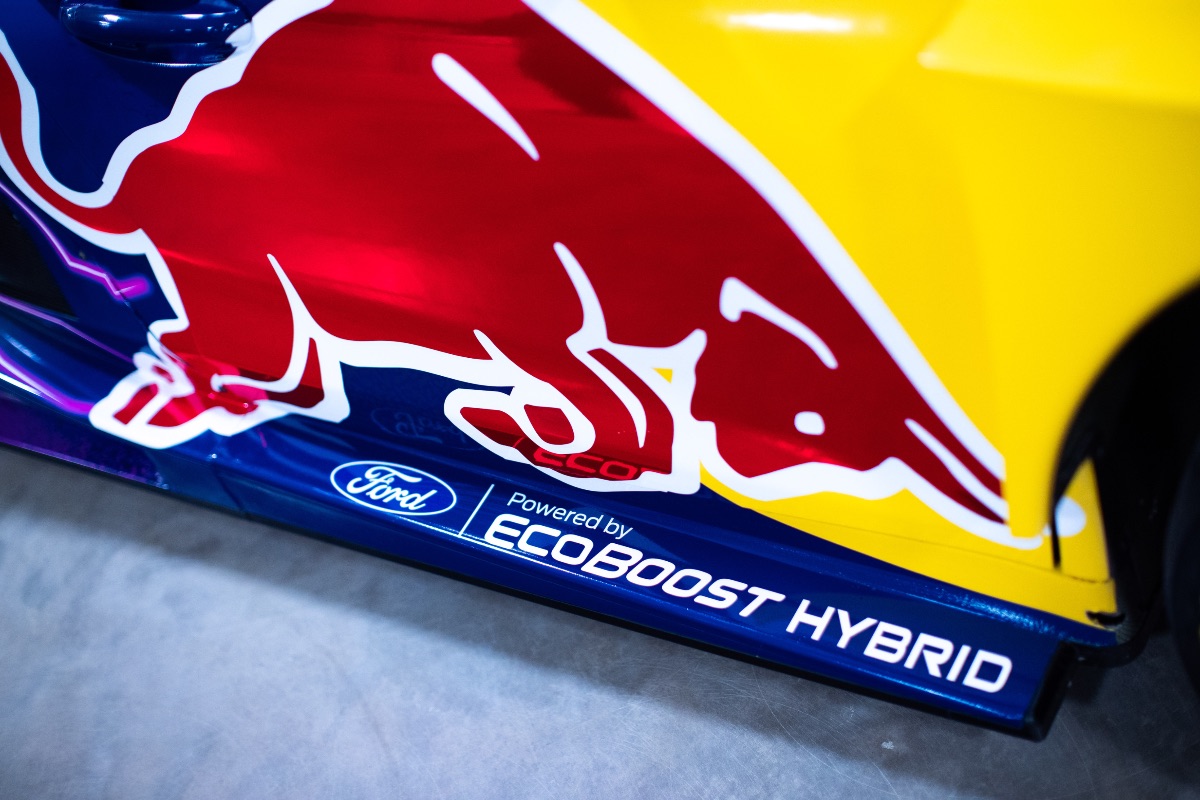 In the WRC’s first-ever rallycars with hybrid powertrains, an electric motor works together with the proven 1.6-litre turbocharged petrol engine. Rally1 cars will have up to 134 ps of additional power available in certain situations.

The unique Rally1 hybrid system has three principal modes: Full Electric Mode in which cars will have full electric range, Stage Start Mode when the system’s full power will be available, and Stage Mode in which teams and drivers will be able to create up to three personalised ‘maps’ to decide how to deploy the hybrid power. The system also provides the opportunity to reduce emissions locally via full electric driving on road sections in built-up areas.

Fundamental revisions to the technical regulations also see the top-tier Rally1 class for manufacturer teams bringing a substantial gain in crew safety with an upgraded safety cell chassis. There will also be more equality between competitors due to a new design approach. 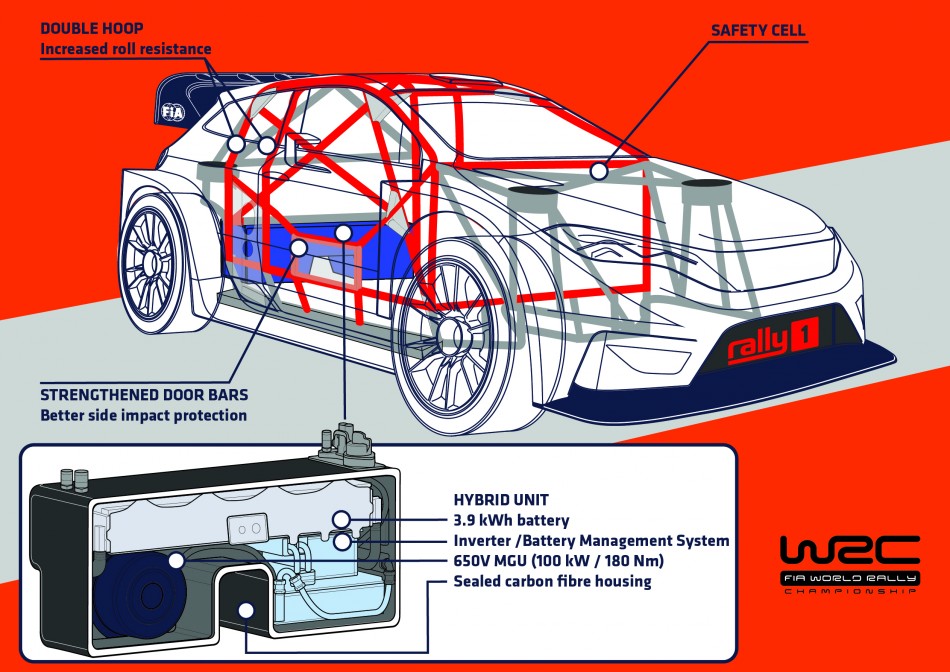 Another milestone is the introduction of 100% sustainable fuel, a first for any FIA World Championship. Part of the FIA’s race-to-road strategy is to implement sustainable energy sources across its motorsport disciplines to reduce CO₂ emissions.

The renewable fuel from P1 Racing Fuels is a blend of synthetic and bio-derived components. This green fuel will be mandatory to all top-tier competitors at WRC events. In its development, P1 Racing Fuels will collaborate with global energy and chemical experts Aramco on the formulation of advanced-generation biofuels and sustainable synthetic fuels derived from captured CO2 and low-carbon hydrogen.

Fundamental revisions to the technical regulations also see the top-tier Rally1 class for manufacturer teams bringing a substantial gain in crew safety with an upgraded safety cell chassis. There will also be more equality between competitors due to a new design approach.

Introducing hybrid powertrains has been a key part in ensuring Toyota, Hyundai and M-Sport Ford are fully committed to the WRC from 2022 to 2024. All three teams have been testing their new cars which will debut in competition at the Rallye Monte-Carlo, the opening round of the 2022 season, next week. 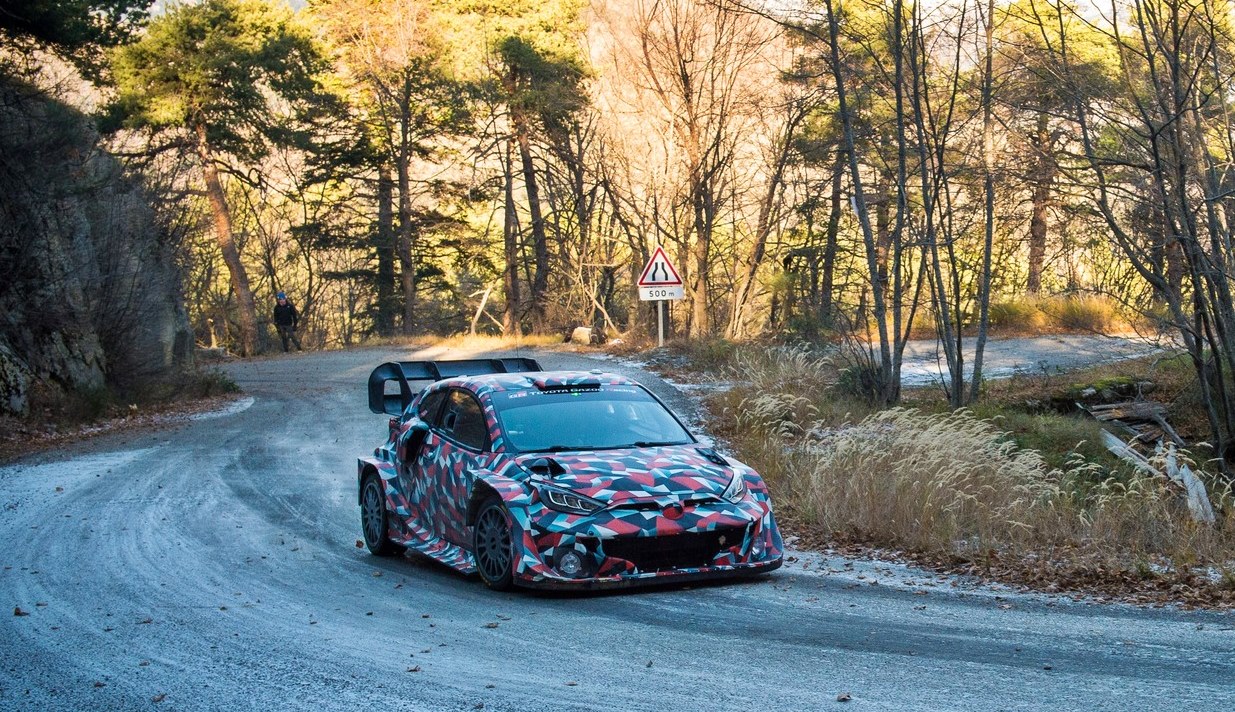 The new generation of Rally1 cars from the 3 manufacturers were shown together for the first time in Austria yesterday at a special ceremony that marked the beginning of a new era in rallying. In the presence of new FIA President Mohammed Ben Sulayem, reigning champions TOYOTA GAZOO Racing, Hyundai Motorsport and M-Sport Ford unveiled their all-new rallycars which will compete across 13 rounds on 4 continents. 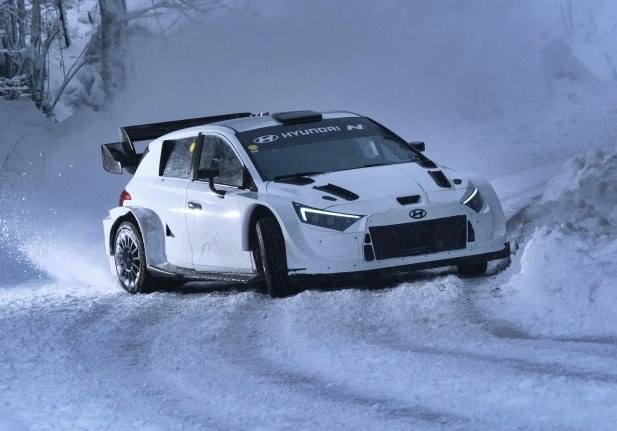 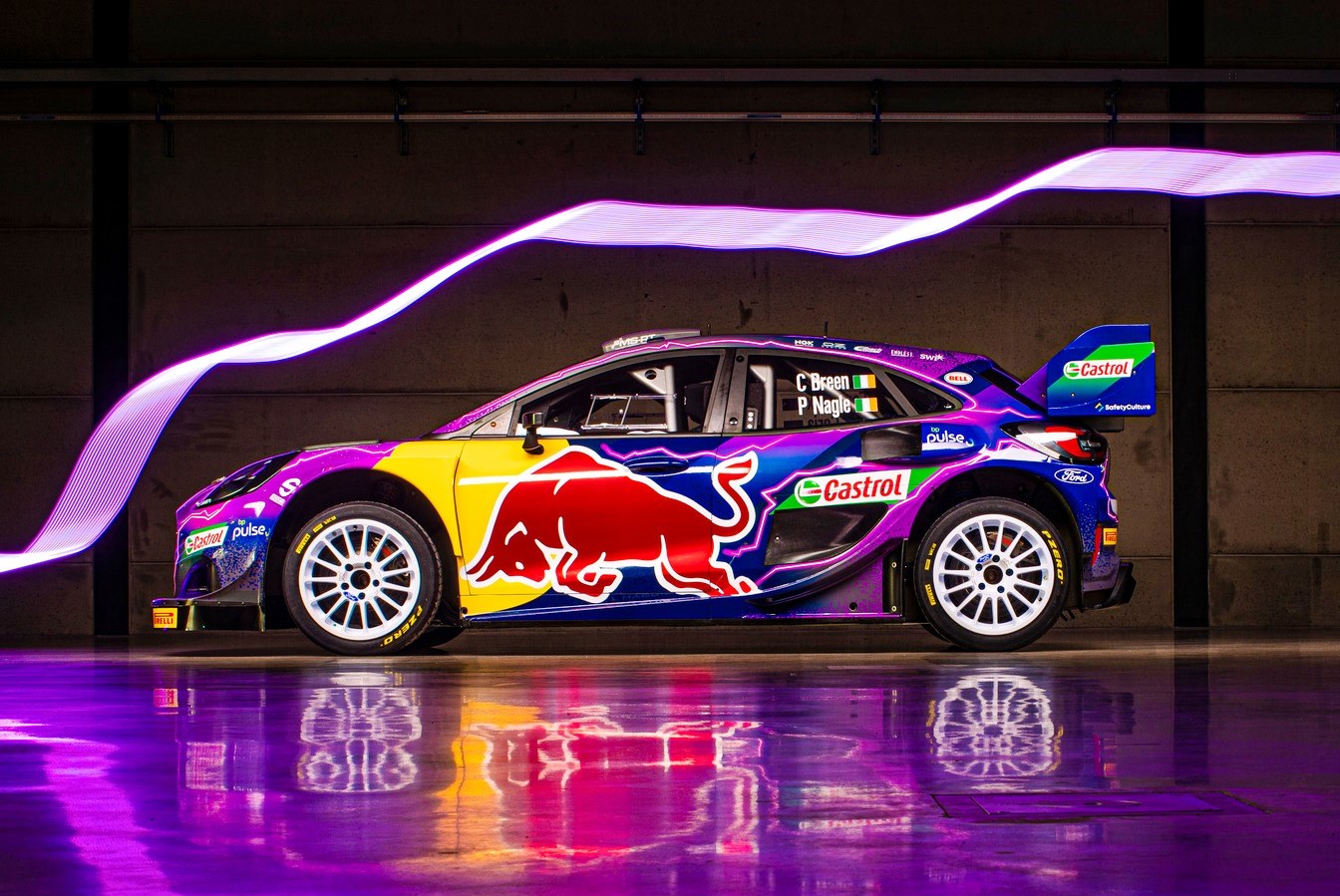 “Today’s launch of the new Rally1 era is a very proud and significant moment for the FIA and entire rally family and I would like to congratulate WRC Promoter for delivering a great show at the start of the championship’s 50th anniversary season,” said Ben Sulayem, a former WRC competitor himself. “The enthusiasm for the FIA’s new technical regulations has been very much in evidence in recent months and the event further underlined the momentum coming from the teams and manufacturers, with Rallye Monte-Carlo just a few days away.” 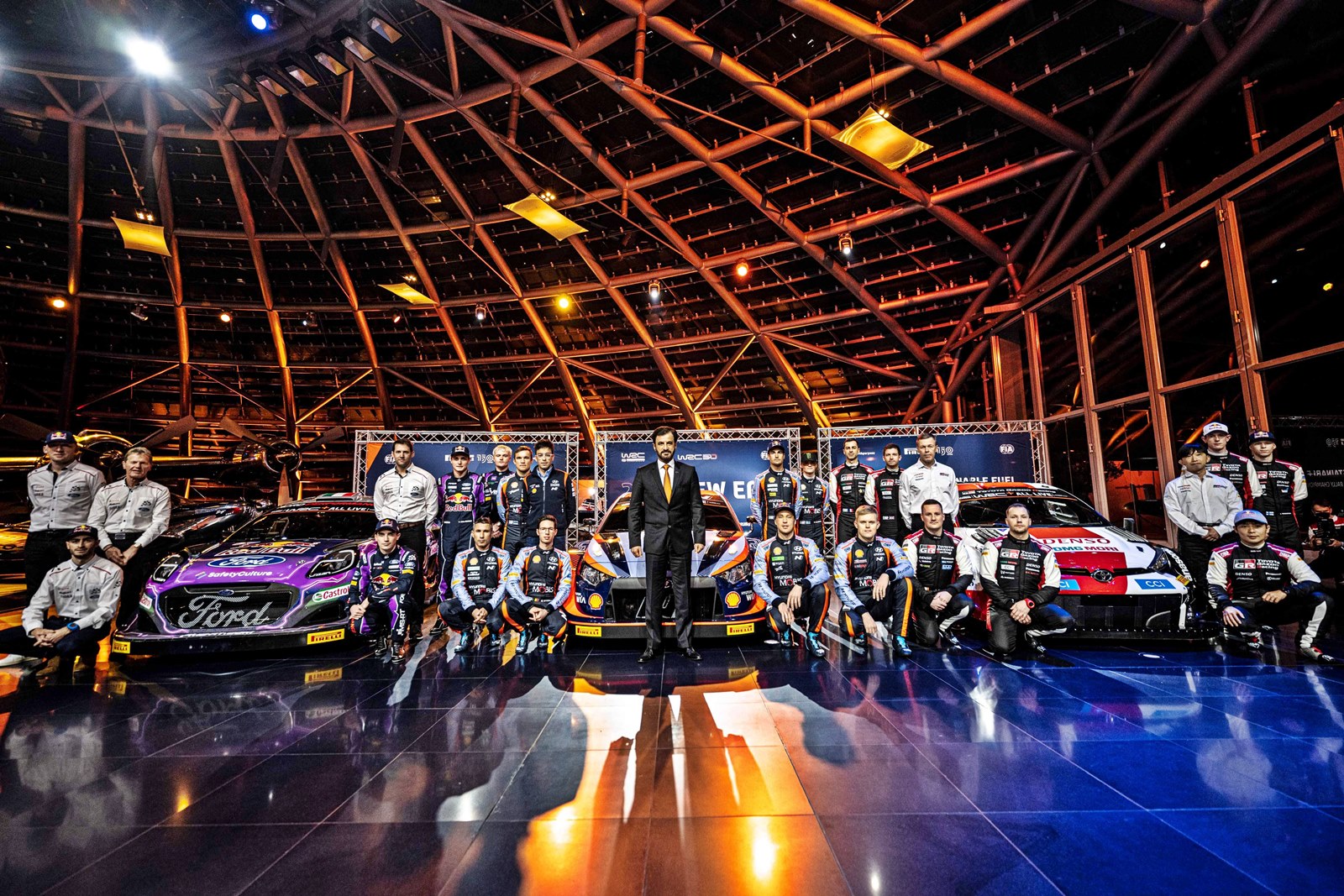