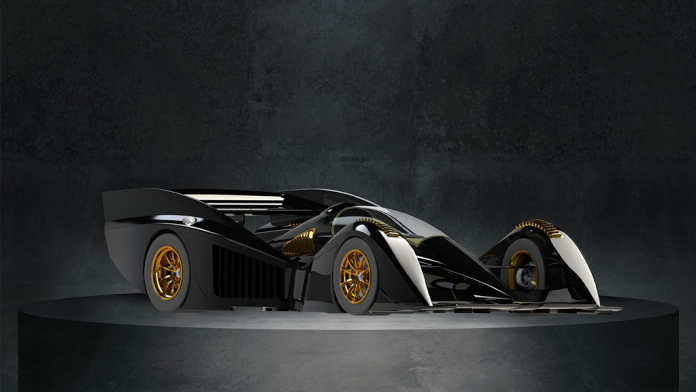 New Zealand may be some distance ‘down under’ from the rest of the world, but the country does not lack expertise when it comes to high performance machinery. Rodin Cars, one of the performance car manufacturers there, has announced its plan to produce the FZERO as the world’s fastest track car. It will be engineered to lap a circuit faster than a current Grand Prix Formula 1 racer.

The FZERO, revealed 3 years ago, is a follow-up to the FZED, which provided the same sort of experience behind the wheel of a modern Formula 1 car. With the FZERO, Rodin Car can aim for the ultimate in track performance as it is designed without the restrictions of road laws or motorsport regulations. Thus it can be developed right to the edge of the performance to reach a top speed targeted to be 360 km/h.

“The Rodin FZERO is the physical representation of the ultimate heights in vehicle performance. Without the restrictions of building to a set of rules, we are able to make the car lighter, more powerful, and produce significantly more downforce. The only real restrictions we face are the laws of physics, and we have even pushed those to the absolute limit. We look forward to bringing the most intense driving experience conceivable to tracks around the world,” said David Dicker, Founder of Rodin Cars.

Based in New Zealand, Dicker has developed Rodin Cars from scratch in to possibly the most unique and technically advanced vehicle manufacturing facility in the world. Located on a remote 550-hectare property in the South Island, the site includes world-leading 3D printing resources and 3 test tracks.

The FZERO will be use a hybrid powerplant consisting of a 4-litre V10 twin-turbo engine and a 130-kW electric power unit. At just 132 kgs, the 1,176 ps/1,026 Nm engine named ‘RCTEN’ is designed to be the lightest and most compact V10 ever built, it is claimed.

Designed and developed in-house in conjunction with engine manufacturer Neil Brown Engineering, the RCTEN can spin all the way to 10,000 rpm. A bespoke gearbox unit manufactured in conjunction with Ricardo UK has 8 gears and adds less than 66 kgs. The gearbox is encased in a titanium 3D-rinted case, printed on site in Rodin Cars’ state-of-the-art 3D printing facility. The differential is hydraulic, and computer-controlled.

As the car is made to clock super-quick lap times, the emphasis of the FZERO is on weight and airflow aerodynamics. The chassis is constructed from entirely of carbonfibre composite, with all components manufactured on site.

The massive wings and floor are capable of producing up to 4000 kgs of downforce which. when compared to the cars weight of just 698 kgs, is impressive.

The low weight is helpful when it comes to stopping but given the very high speeds the car can travel at, stopping power has still to be powerful. To ensure this, there are front and rear 380 mm PFC Carbon-Carbon brakes, with Titanium calipers (6-piston front and 4-piston rear. The brakes also have regenerative capability to capture energy that would otherwise be wasted away during braking.

The FZERO will be available to customers in a configuration of their choice, allowing them to customize specific aspects of the car based on their driving style and the track on which they will be using it. In addition, owners receive access to custom racewear services, vehicle storage and delivery, and full driver training at Rodin’s picturesque private racetracks.

27 Rodin FZEROs, each to be priced from £1.8 million (about RM9.71 million), will be offered available to buyers worldwide, with the first coming off the assembly line in the middle of 2023.