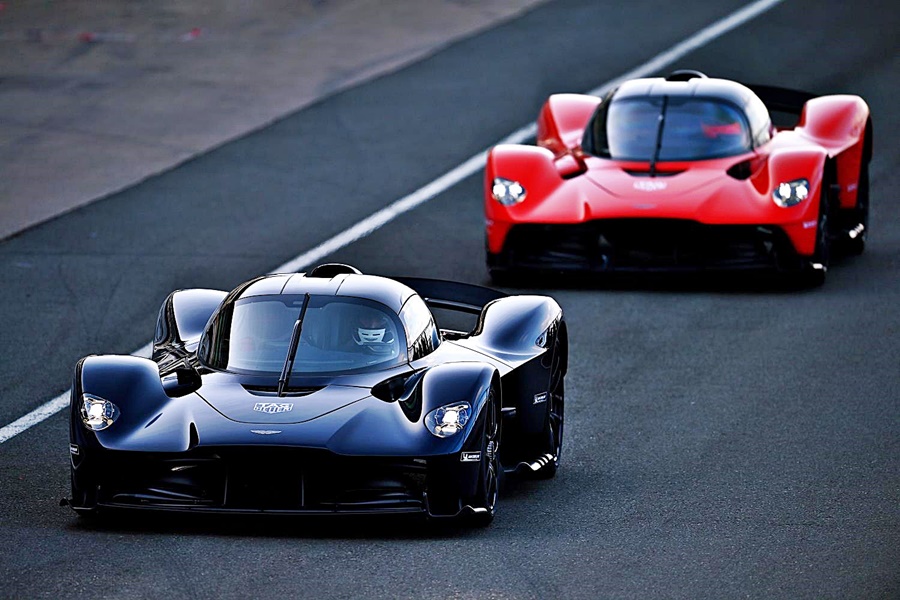 Aston Martin has unleashed the power of three of its Valkyrie models, with Max Verstappen and Alex Albon – the Aston Martin Red Bull Racing drivers – getting their first taste of the revolutionary hypercar. 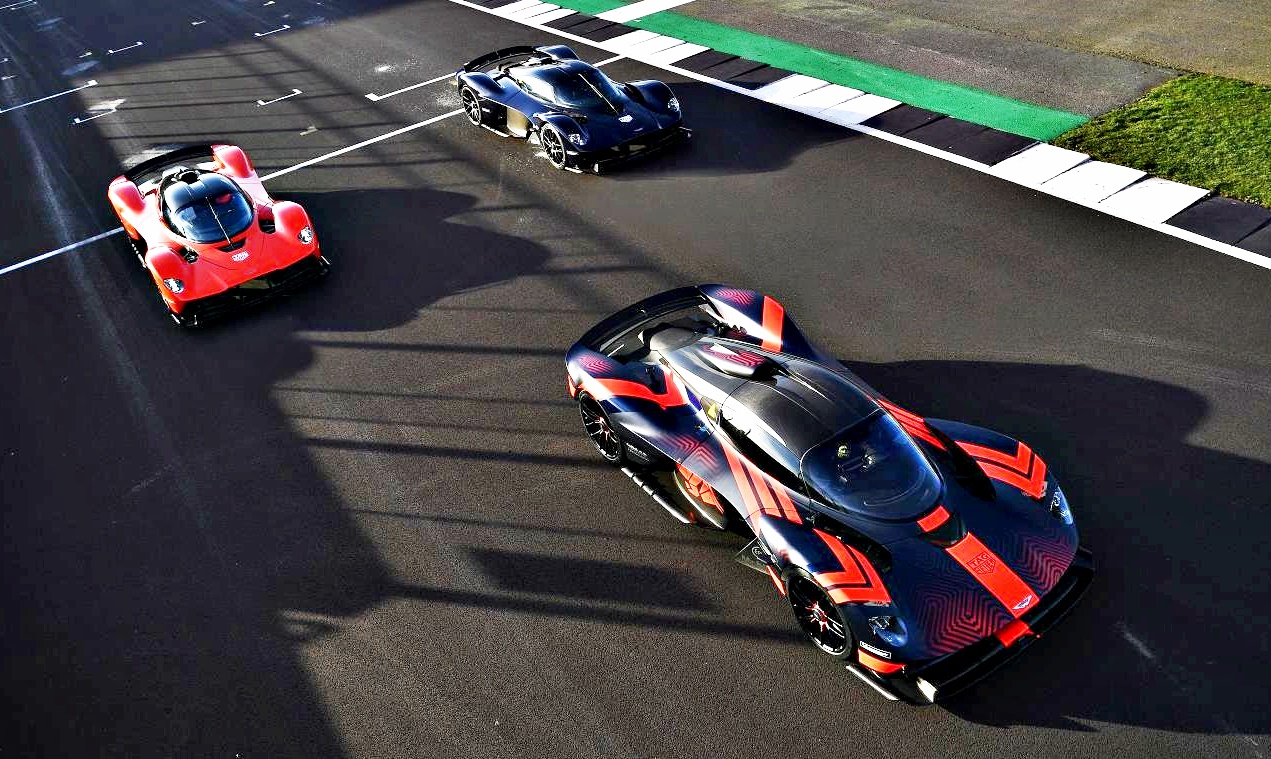 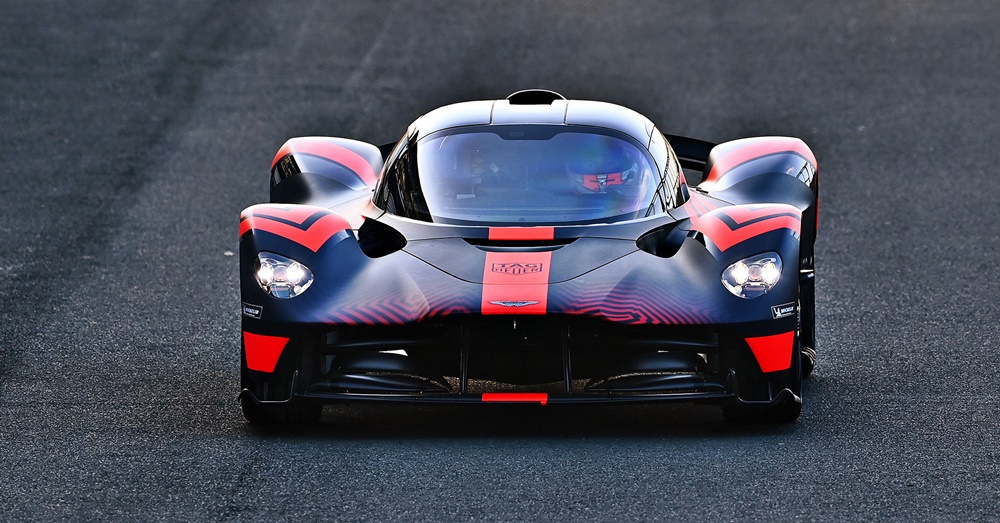 Each verification prototype, of which there will be 8 built in total, is subjected to a variety of intense testing programmes designed to develop and validate specific attributes that contribute to achieving the performance of the world’s fastest ever road-going hypercar. These programmes are focussed on supporting first customer deliveries starting in the second half of this year.

“This event has been an incredibly important step in Aston Martin Valkyrie’s story. To have three cars now running will see the rate of physical development for this exceptional hypercar increase exponentially. Both Max and Alex were really positive of the direction that we’re currently taking and could see that the ingredients for an exceptionally high-performing car are already there ready to be untapped. To have that second opinion and validation doesn’t mean the hard work is done already, but this is a great step on our journey,” said Goodwin. 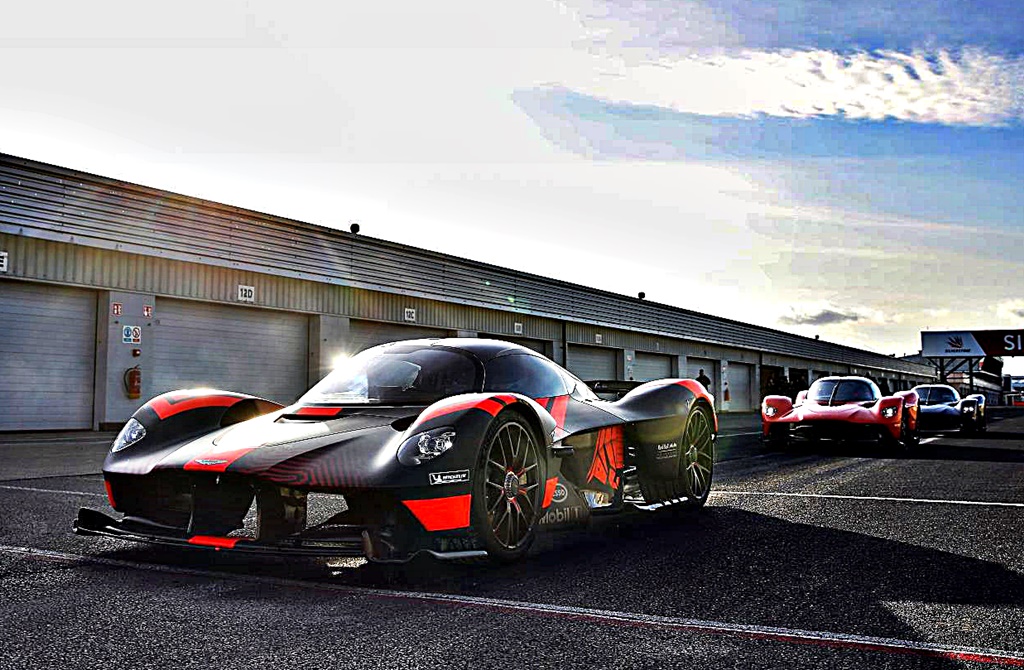 8-time Grand Prix winner Verstappen came away elated by his first laps in the Valkyrie. He said: “I was here at Silverstone to watch the first runs of the Aston Martin Valkyrie at the British Grand Prix last year but of course it’s always better to be behind the wheel yourself! To be one of the first guys to drive an insane car like this was really exciting… it was amazing to get a first taste of it.”

“Of course, it’s still in the development phase but you can already feel the pace, which compared to a normal car is… pretty different! The Aston Martin Valkyrie and its levels of downforce are incredible, and it looks super aggressive. It was a lot of fun out there,” he added. 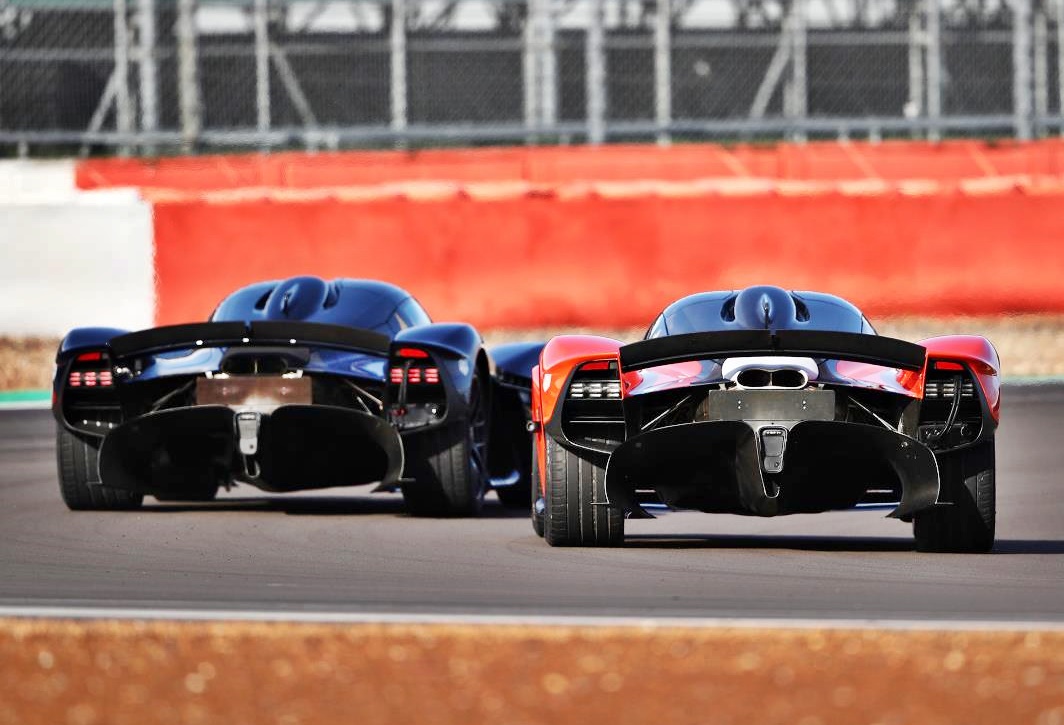 Albon was equally pleased with his drive. “It was incredibly exciting to have this opportunity to drive the Aston Martin Valkyrie and the first thing that struck me was the visual aspect – it looks awesome! It also really feels like a racing car,” said the Thai driver.

“Obviously there’s still some development to do, but already it feels very good, especially the balance between the corners. It’s light; it feels sharp. Sure, compared to an F1 car, you’re missing the outright downforce, but you still feel the g-forces in the corners and it definitely reacts closer to an F1 car than a normal roadcar. It’s pretty special. I just need to get my hands on one!” he said. 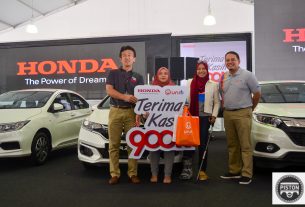 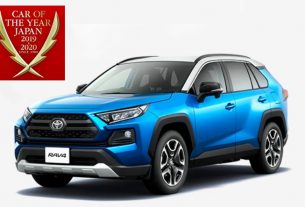 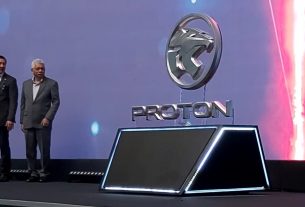